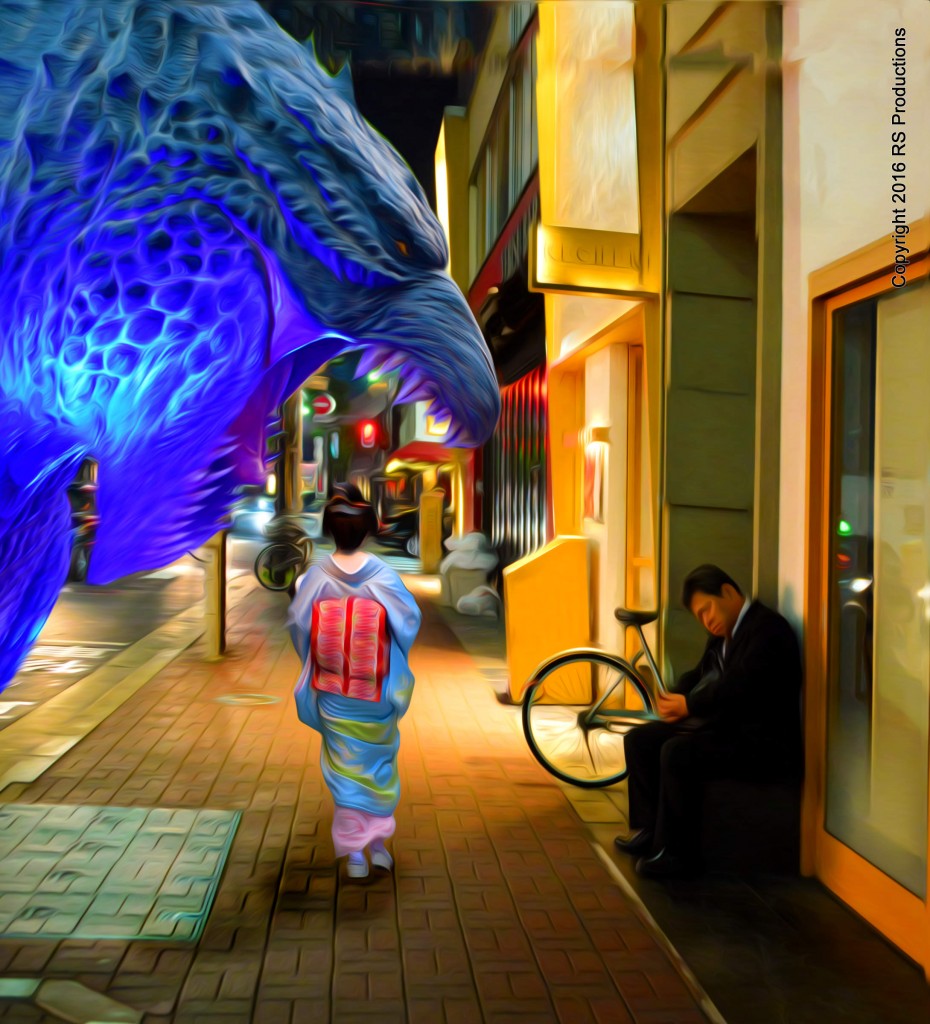 Weekly insights and reflections.
This week I had the pleasure of photographing Peter Legge in my studio. He is one of Canada’s top public speakers, the chairman and CEO of the largest independently-owned magazine publishing company in Western Canada. But the most important thing he’s a great gentleman and a fine human being. I was ready for my morning jog in front of the studio when he showed up 92 minutes early , he said he never wants to be late. We had a great discussion and during which time I thought to myself what a great life he has lived to date. When the art director arrived 30 minutes before the photo shoot was supposed to start we had already completed the job. This photo was for his next book, he has written about 15 successful books already that have motivated thousands of people toward positive change.
I like reading positive inspirational books I almost never read fiction books any more.

Learn to Acknowledge the Opportunities  to Improve  Myself.

According to Greek history know thyself is inscribed on the Ancient Temple of Apollo at Delphi . I try to practice doing a diary about 5 days a week. I call it 325 I read about this practice in a inspirational book. Before bed,I write 3 things that went well today. Doing this makes me reflect on the positive things that happen in my life and also makes me feel good, even after a tough day. Then I write 2 things that I could have handled or done better. Then I write my 5 top priorities I want to achieve the next day. Doing this after a few years has taught me more about myself and my bad habits than anything else. I learn to acknowledge my bad habits and study myself. One of my bad habits is a tend to get angry at times, it is one of the most destructive emotions. I a CEO once said”When the boss is out of control and angry the staff are in control.”
Anger is a negative attribute, its shatters your romantic, social and business relationships it is just really bad. Anger is one of the most negative emotions. It is okay sometimes to display anger when you have to get something done but it’s not okay to be real Angry inside. What causes anger is arrogance, show me an angry man and I will show you an arrogant man. Anger makes intelligence go down. High emotion equals low intelligence. It is okay to suppress anger and bottle it up, and toss it away. The best way to reduce your stress and those around you is to simply not get angry. Take three deep breaths, go for a walk, do something to get the energy out of your system and have a workout. Then reflect that anger always makes the situation worse and it does not improve anything. If you feel angry a lot it is a sign of your arrogance. The more one goes inside and only thinks of themselves the smaller everyone else is. We develop a how dare someone disturb me attitude. Self reflecting in knowing thyself is a great gift and adventure in life it is essential for one’s growth. Also realize no one is perfect so accepting that I’m a constant work in progress is important. I’m not superhuman and I also feel the temptation of unwise actions at times, reflecting on it before bed helps me become wiser  for next time. It would be even better to catch my unwise actions before I take them. Once I felt a little upset or angry at someone and I noticed I tend to feel like making the other person equally angry and hurt. This is just foolish childish behaviour. I have been doing this to those I am closest to and that will completely end right now.

One of my greatest victories over anger happened about 4 years ago. My neighbour from across the street, an elderly Asian lady who had always been polite and pleasant started kicking and banging on my newly painted front door. I open the door and she was swearing and screaming at me, claiming that one of my house guests had parked in front of her house. I told the car that was parked in front of her house was not mine. She also complained that my father had once parked in front of her house.  I got angry when she mentioned my father. I’m very protective of him, he is like a Buddha to me. He has never shown me any anger or raised his voice ever. Unfortunately I was not so self-restrained and I told her to get off my property. Afterwards I felt weak, foolish by the use of unwise words. My anger had diminished my  intelligence greatly. It is very important to me to be a good friendly helpful neighbour, but her fury and anger triggered my anger. I later reflected upon this with a group of men I used to meet for a mastermind meetings once a month. They all suggested we should have a house party and all park in front of her house. Then one person asked what would Jesus or the Buddha do?
The next day I saw my angry neighbours husband Lorenzo working in his yard. He was always outside the house and she was always inside. Lorenzo was always friendly and kind to me and my boys. I told him if anyone ever parked in front of there house just to call my phone number. His wife did not have to knock on my door and I apologized that I asked his wife to leave my property.  He said he did know why she reacted that way. I thought to myself perhaps she was robbed and had a bad experience when someone parked in front of her house in the past. I searched for an explanation why she had reacted so aggressively.
2 hours later I was enjoying watching a movie in the theatre room with my boys when I heard the loudest banging in the house I have ever heard. It was the angry lady again and she was really screaming! I came to the front door. She was even more angry than the first time using the most vile language and screaming at the top of her lungs. Asking why I had given her husband my phone number? At that exact moment I calmly looked into her eyes and listen then I thought what would Jesus or the Buddha do? For the first time I actually felt very strong  over the negative emotion of anger. I felt victorious, then allowed her to scream, insult and swear at me  in front of my 2 young sons. I said thank you and then invited her in for a cup of tea. I felt in my heart I wanted to genuinely helped her.
She spent about 2 minutes continuing to scream and swear as she walked back  across the street to her home. I then realized that she was probably a little mentally ill. Lorenzo had later confided in me and confirm my assumption, one day before he decided to move away. I think I would like to make this leason into a work of art.

Below is my newest work from my trip to Japan a year ago. 2 of the images have  an angry Godzilla. 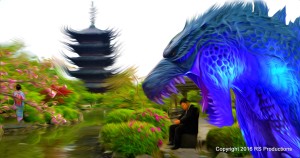 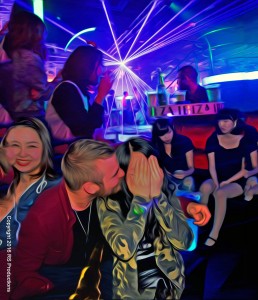